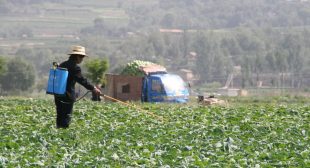 A federal appeals court has ruled that unless the Environmental Protection Agency (EPA) can prove that the pesticide chlorpyrifos is safe, it must be banned. The chemical, which has been widely used on agricultural crops for more than 50 years, has been linked to neurological development issues in children, with mounting evidence implicating its role in autism, ADHD, motor and loss of IQ. In the 2-to-1 ruling on April 29, judges on the U.S. Court of Appeals for the 9th Circuit gave the federal government 60 days to either rescind all uses of chlorpyrifos related to food or to show evidence that in certain cases it is safe for public health.