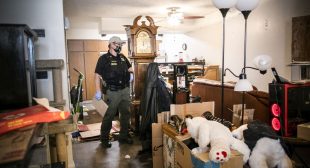 According to research by the Aspen Institute, nearly 40 million Americans could face eviction over the next several months. The only thing holding back the flood right now is the CDC’s eviction moratorium order and a patchwork of state and local protections for renters.

Moratoriums are only kicking the can down the road. Chief economist for Moody’s Analytics Mark Zandi told the Washington Post that tenants could owe nearly $70 billion in back rent by year’s end. And for landlords left holding the bag, there’s been little relief, as they’ve been forced to take on the role of government — subsidizing housing for millions even as their own taxes, mortgage payments, and other expenses are due.