The truth is out: money is just an IOU, and the banks are rolling in it 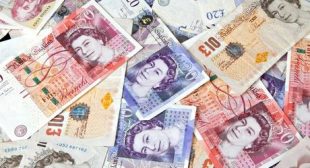 ‘Last week, something remarkable happened. The Bank of England let the cat out of the bag. In a paper called “Money Creation in the Modern Economy” they stated outright that most common assumptions of how banking works are simply wrong, and that the kind of populist, heterodox positions more ordinarily associated with groups such as Occupy Wall Street are correct. In doing so, they have effectively thrown the entire theoretical basis for austerity out of the window.’