Thanks to Thomas Piketty, Now We Know: Economic Inequality Is a Malady, Not a Cure 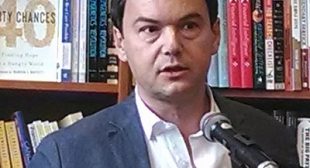 It has been a long, long time since Americans accepted the advice of a French intellectual about anything important, let alone the future of democracy and the economy. But the furor over Thomas Piketty’s stunning best-seller, “Capital in the 21st Century” — and especially the outraged reaction from the Republican right — suggests that this fresh import from la belle France has struck an exposed nerve.

What Piketty proves, with his massive data set and complex analytical tools, is something that many of us — including Pope Francis — have understood both intuitively and intellectually: namely, that human society, both here and globally, has long been grossly inequitable and is steadily becoming more so, to our moral detriment.