From The Caucasus To The Balkans, China’s Silk Roads Are Rising 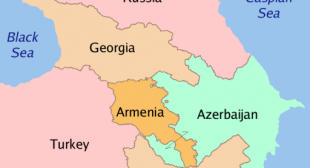 With its focus on Central Asia and Eastern Europe, the Belt and Road Initiative can be seen as fulfilling a strategy of challenging the West that can be traced back to Mao…

The 19th Chinese Communist Party Congress made it clear that the New Silk Roads – aka, the Belt and Road Initiative (BRI) – launched by President Xi Jinping just four years ago, provides the concept around which all Chinese foreign policy is to revolve for the foreseeable future. Up until the symbolic 100th anniversary of the People’s Republic of China, in 2049, in fact.

Virtually every nook and cranny of the Chinese administration is invested in making the BRI Grand Strategy a success: economic actors, financial players, state-owned enterprises (SOEs), the private sector, the diplomatic machine, think tanks, and – of course – the media, are all on board.

It’s under this long-term framework that sundry BRI projects should be examined. And their reach, let’s be clear, involves most of Eurasia – including everything from the Central Asian steppes to the Caucasus and the Western Balkans.

Representatives of no fewer than 50 nations are currently gathered in Tbilisi, Georgia, for yet another BRI-related summit. The BRI masterplan details six major economic “corridors,” and one of these is the Central Asia-West Asia Economic Corridor. That’s where Georgia fits in, alongside neighboring Azerbaijan: both are vying to position themselves as the key Caucasus transit hub between Western China and the European Union.