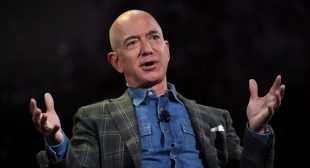 Sanders took to Twitter on Monday to highlight how much Bezos earns and contrasted it with the median wage in the U.S. He has repeatedly called for billionaires to pay more in tax.