Amazon Prime Day Is a Nightmare for Amazon Workers 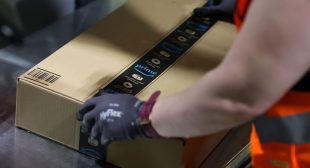 But if Prime Day means deals for consumers, it has a different valence for the hundreds of thousands of people who work in Amazon’s warehouses. For those people, Prime Day means mandatory overtime, with shifts extended from ten to twelve hours, or extra shifts added to their schedule. One worker recently told me he’ll be mandated to work fifty-five hours this week. He’s in pain and a doctor told him it’s carpal tunnel syndrome, but he hasn’t filed paperwork with Amazon because that requires him to go to another doctor to get diagnosed, and he doesn’t have time to do that. Another person, who has since left the company, told me she was pressured to work for over twenty-four hours straight on Prime Day.