As Wealthiest Amass Another $1 Trillion in 2017, Calls for a Strike Back Against Oligarchy 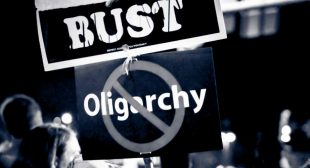 As the gap between the world’s richest and poorest people has widened to an extreme not seen since the Gilded Age, the 500 wealthiest people have gotten $1 trillion richer in 2017, according to Bloomberg’s Billionaires Index.

The richest people in the world have been able to amass huge wealth this year thanks to a booming stock market, as billions of poor and working people around the world have seen little if any benefit from strong markets. Even in the world’s major economies, including Japan, the U.K., and the U.S., workers have seen their wages stagnate or decline in recent years.