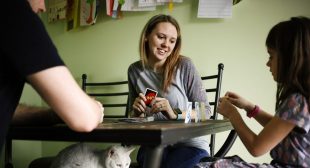 Cloyd came in after a night of worsening fever and a increasing pain on the right side of her stomach. She called her mother, a former nurse, who thought it sounded like appendicitis and told Cloyd to go to the hospital immediately.

The doctors in the emergency room did multiple tests including a CT scan and ultrasound. They determined that Cloyd had ovarian cysts, not appendicitis. They gave her pain medications that helped her feel better, and an order to follow up with a gynecologist.

A few weeks later, Cloyd received something else: a $12,596 hospital bill her insurance denied — leaving her on the hook for all of it.