Why Does North Korea Hate Us? 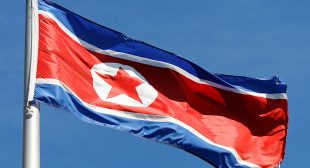 “The bombing was long, leisurely and merciless . . .”

And so we return to the Korean War, when North Korea was carpet-bombed to the edge of existence. The American media doesn’t have a memory that stretches quite so far back, at least not under present circumstances. One commentator at MSNBC recently explained, for instance, that the tiny pariah nation “has been preparing for war for 63 years!”

That would be since, uh, 1954, the year after the war ended. But the war wasn’t mentioned. It never is. Doing so would disrupt the consensus attitude that Kim Jong-Un is a nuclear-armed crazy and that North Korea’s hatred of the United States is just . . . hatred, dark and bitter, the kind of rancor you’d expect from a communist dictatorship and certified member of the Axis of Evil.