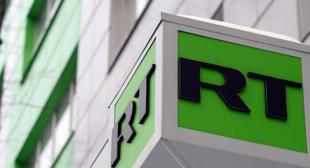 Recently Twitter has banned all ads from the accounts of Russian media outlets RT and Sputnik on its platform over alleged attempts to meddle in elections.

US media outlets are permanently attempting to shape the electoral preferences of the Russian nation, however, Moscow does not imposes any sanctions on them for such activities, RT and Sputnik Editor-in-Chief Margarita Simonyan said Sunday.

“In Russia there is a huge number of foreign media, US media, including the state-funded ones,… [and] they tell every day that our president is an awful person, and one cannot vote for him, but should vote for one or another opposition figure… They have not faced any problems in Russia, despite the fact that it is direct interference in our elections,” Simonyan said in a weekly program aired by the NTV broadcaster.

Simonyan added that at the same time there was “an insanity” in regards to the RT news outlet only because it had not supported Hillary Clinton, who was the US presidential candidate that had been “backed by all the establishment” at the recent vote.