Killing the Lorax: 900 Environmental Activists Slain in the Past 10 Years 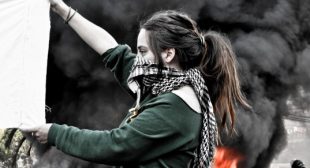 A shocking new report finds that in addition to waging war against the only planet capable of sustaining human life, we’re also attacking those who would seek to protect it. The survey, conducted by London-based Global Witness, revealed that between 2002 and 2013, more than 900 environmental activists were killed as a direct result of their work defending environmental and land rights. And these are just the known murders–actual numbers in the last couple of years are suspected to be higher. Why, in a time of high public concern about the environment, are we killing the very people working to stop its destruction? The answer, as always, comes down to money.