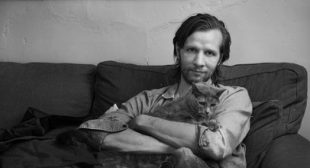 Daniel Hale, a former Air Force intelligence analyst who pleaded guilty to sharing classified documents about drone strikes with a reporter, has been arrested ahead of his sentencing in July.

In March, Hale pleaded guilty to one charge under the Espionage Act, and he faces up to 10 years in prison. He is scheduled to be sentenced in July, but a federal judge has ordered him incarcerated until then for violating the terms of his pretrial release, according to court records.

It’s unclear precisely what Hale is accused of doing, and court documents show that his lawyers objected to his jailing. Minutes from a hearing last week indicated that the prosecution “seeks continued detention at this time” and that Hale’s lawyers argued that “there [are] no actual violations committed by the [defendant] as alleged.”