Cenk Uygur, Bernie Sanders staffers team up to take over the Democratic Party 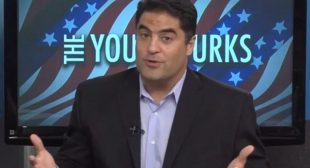 A group of progressive journalists, former staffers for Vermont Sen. Bernie Sanders’ presidential campaign and political organizers have launched Justice Democrats, a crowdfunded political action committee to remove and replace the corporate-aligned faction of the Democratic Party they say has led it to electoral disaster with the election of Republican President Donald Trump.

In a phone interview, “The Young Turks” host Cenk Uygur, a board member on the project, said the goal of Justice Democrats is to run hundreds of Democratic candidates in 2018 who do “not take corporate money and serve the voters rather than the donors,” as well as “capture a significant amount of Congress with strong progressives” and “overpower the corporate Democrats.”