What Kissinger did in Chile, Cyprus, Turkey, the Middle East and … his own country 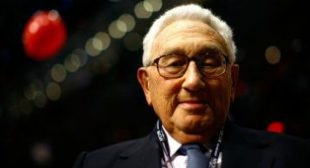 Former Secretary of State Henry Kissinger pushed for the 1974 Turkish invasion of Cyprus and allowed arms to be moved to Ankara for an attack on that island in reaction to a coup sponsored by the Greek junta, according to documents and intelligence officers with close knowledge of the event.