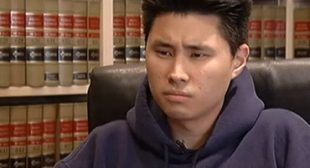 A San Diego college student was left in a cell for five days without food, water or access to a toilet by federal drug agents. He says he drank his own urine to stay alive, and even tried to etch a message to his mother in his own arm.

Twenty-four-year-old Daniel Chong says he was forgotten in a five-by-10-foot (1.6 x 2.3m) windowless cell after being arrested by