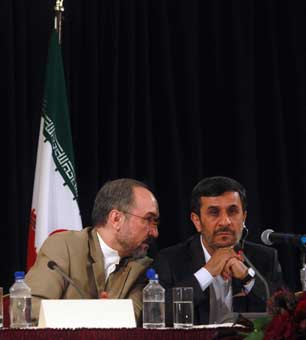 France and Germany were prepared in spring 2005 to negotiate on an Iranian proposal to convert all of its enriched uranium to fuel rods, making it impossible to use it for nuclear weapons, but Britain vetoed the deal at the insistence of the United States, according to a new account by a former top Iranian nuclear negotiator.

Seyed Hossein Mousavian, who had led I