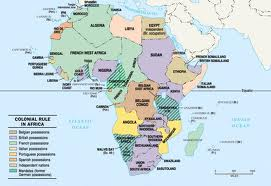 A conference on the security concerns of the most populous state in Africa was not held on the continent but in France, a former colonial power in the region.

Nigeria, which has recently been designated as having the largest economy in Africa, is the focus of the governments of the United States, Britain and France as it relates to the rising conflict in the northeast of the country where the government of President Goodluck Jonathan has been unsuccessfully battling the Boko Haram sect. Since 2009, thousands of people have been killed in the conflict between the military, the state security forces and Boko Haram.