U.S. Military Is Building a $100 Million Drone Base in Africa 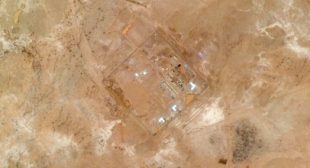 Air Force documents submitted to Congress in 2015 note that the U.S. “negotiated an agreement with the government of Niger to allow for the construction of a new runway and all associated pavements, facilities, and infrastructure adjacent to the Niger Armed Force’s Base Aerienne 201 (Airbase 201) south of the city of Agadez.” When the National Defense Authorization Act for fiscal year 2016 was introduced last April, embedded in it was a $50 million request for the construction of an “airfield and base camp at Agadez, Niger … to support operations in western Africa.” When President Obama signed the defense bill, that sum was authorized.

Reporting by The Intercept found the true cost to be double that sum. In addition to the $50 million to “construct Air Base 201,” another $38 million in operation and maintenance (O&M) funds was slated to be spent “to support troop labor and ancillary equipment,” according to a second set of undated, heavily redacted, formerly secret documents obtained from U.S. Africa Command by The Intercept. But the $38 million O&M price tag — for expenses like fuel and troops’ per diem — has already jumped to $50 million, according to new figures provided by the Pentagon, while sustainment costs are now projected at $12.8 million per year.