The US Empire, the CIA, and the NGOs 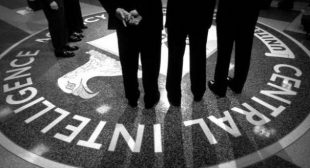 The CIA recruited the Muslim Brotherhood to fight a proxy war against the Soviet Union in Afghanistan, which led to the withdrawal of the Soviets from the Hindu Kush. Since then, the CIA used the mercenaries to fight more proxy wars in the Balkans, Chechnya, and Azerbaijan. Due to the wars of aggression against Iraq, Libya, Syria and Yemen the US and its vassal states created sectarian violence that led to civil wars. Right now, the CIA and the Muslim Brotherhood are present in the form of ISIS in Syria and Iraq.