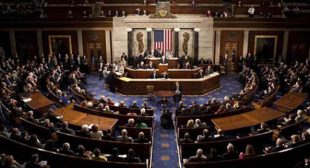 Rubio said the bill, titled The Combatting BDS Act of 2017, will “fight back” against the the growing BDS movement by “affirming the legal authority of state and local governments to take tangible actions to counter economic warfare against Israel.”

The bill would allow state and local governments to withdraw funding for any organization “engaged in BDS conduct,” thus giving them “an offensive capability against entities seeking to economically harm Israel,” according to Rubio’s statement announcing the legislation.