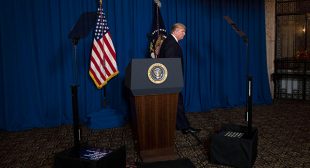 New reports about Russian communications with the US call into question the US’s official line on the chemical attack.

Two new revelations contradict the Trump administration’s line on the April 4 attack. A former US official knowledgeable about the episode told Truthout that the Russians had actually informed their US counterparts in Syria of the Syrian military’s plan to strike the warehouse in Khan Sheikhoun 24 hours before the strike. And a leading analyst on military technology, Dr. Theodore Postol of MIT, has concluded that the alleged device for a sarin attack could not have been delivered from the air but only from the ground, meaning that the chemical attack may not have been the result of the Syrian airstrike.