Journalist Calls for Accountability in Police Killings in USA 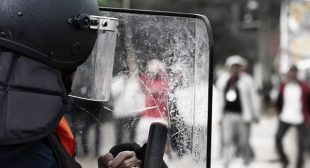 Journalist and professor D. Brian Burghart saw a gaping information hole when he realized no one knows how many civilians are killed by law enforcement every year. So he launched the database Fatal Encounters to keep track.

Aiyana Jones and Eugene Mallory don’t appear to have much in common. Jones was 7, a black grade schooler from Detroit with her whole life ahead of her. Mallory was 80, white and, after putting in his dues as an engineer for Lockeed Martin, was well into retirement in a Los Angeles suburb.