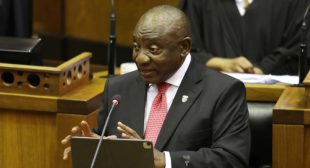 In statements at an informal World Trade Organization meeting on Thursday, South Africa took rich countries to task for publicly stressing the need for international cooperation in the fight against Covid-19 while simultaneously blocking a patent waiver that would help manufacturers ramp up vaccine production across the globe.

“One year on, three million deaths later, there is still huge disparity in access to vaccines, while the technology and knowledge for the development and production of vaccine is monopolized through the intellectual property system, with only select manufacturers allowed to manufacture by way of a license, and even then on terms that restrict production and supply,” a South African representative said during the WTO gathering.