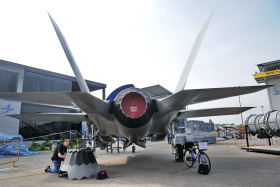 Global military spending was down in 2012 for the first time since 1998. And for the second year in a row, arms sales from private industry to governments were down as well last year. Despite the decline in military spending, the business of war remains a good one.

Despite the decline in military spending, the business of war remains a good one. The 100 largest arms producers and military services contractors recorded $395 billion in arms sales in 2012. Lockheed Martin, the largest arms seller, alone accounted for $36 billion in such sales during 2012. Based on figures compiled by the Stockholm International Peace Research Institute (SIPRI), 24/7 Wall St. examined the 10 companies profiting most from war.