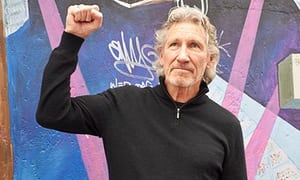 Inflammatory remarks by the musician Roger Waters, formerly of Pink Floyd, comparing the modern Israeli state to Nazi Germany have put him at the centre of a furious dispute.

Performers and religious figures reacted angrily to the veteran rock star’s argument that Israeli treatment of the Palestinians can be compared to the atrocities of Nazi Germany. “The parallels with what went on in the 1930s in Germany are so crushingly obvious,” he said in an American online interview last week.