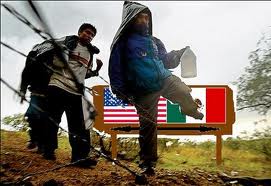 A four-decade tidal wave of Mexican immigration to the United States has receded, causing a historic shift in migration patterns as more Mexicans appear to be leaving the United States for Mexico than the other way around, according to a report from the Pew Hispanic Center.

It looks to be the first reversal in the trend since the Depression, and experts say that a