Beyond Neoliberal Miseducation and Corporate-molding of Students 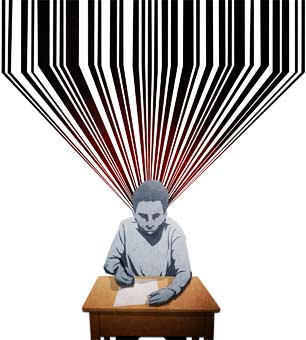 As universities turn toward corporate management models, they increasingly use and exploit cheap faculty labor while expanding the ranks of their managerial class. Modeled after a savage neoliberal value system in which wealth and power are redistributed upward, a market-oriented class of managers largely has taken over the governing structures of most institutions of higher education in the United States. As Debra Leigh Scott points out, “administrators now outnumber faculty on every campus across the country.”1 There is more at stake here than metrics. Benjamin Ginsberg views this shift in governance as the rise of what he calls ominously the “the all administrative university,” noting that it does not bode well for any notion of higher education as a democratic public sphere