After Socialists Win 17 of 23 States, US Claims Venezuela Elections Not ‘Free and Fair’ 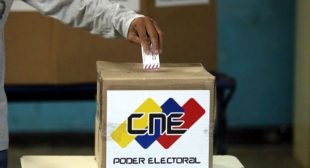 The United Socialist Party of Venezuela, or PSUV won at least 17 of the 23 governorships, also garnering 54 percent of the vote. The PSUV candidate for Bolivar state, where no official results have been declared yet, also claimed victory.

U.S. Ambassador to the United Nations, Nikki Haley, cast doubt on the results of Venezuela’s Regional Elections where candidates from the governing Socialist Party won a vast majority of seats, claiming the vote was not “free and fair.”