Afghanistan and the Purdue Pharma Case are Reminders That the U.S. is a Failed Narco-State, Too 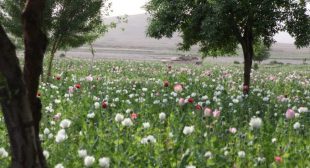 Official figures state that 841,000 Americans died from drug overdoses between 1999 and 2019, and that opioids caused 70.6 percent of drug overdose deaths in 2019. The CDC also reports that in 2020, overdoses spiked by about 30 percent for all drugs and nearly 37 percent for opioids, the highly predictable result of the fear and economic hardship caused by COVID-19. It reported 93,000 overdose deaths that year, which, when combined with deaths in 2021, undoubtedly takes us past the 1 million mark as a modest estimate for drug overdoses over the past two decades, and more than 660,000 deaths from opioid overdoses for the same period.