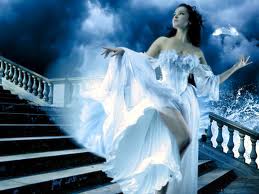 An article by Rob Baum approaches the cinderella story from another angle – modern angle – and unfolds the subtle social understanding and messages hidden in the story – excerpt :

” …… Her mother died when Cinderella was perhaps five. Her father remarried a year later. Two older stepsisters were at the wedding, aged between eight and twelve; the stepmother’s f