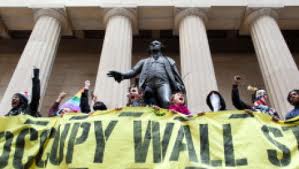 This week, the American Spring began. You may not have heard much about it yet, because the media seem mostly to have missed it (much as they missed the original occupation of Wall Street at first). But the seeds of the occupation have started to flower into a movement reborn.

Last night, the cracks in the surface began to show. Hundreds of mostly young people cam