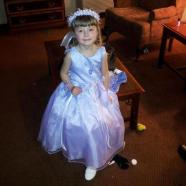 In an unbelievable act of lack of civility and social conscience, TSA defends pat down of 4 year old, and subsequent threatening of the closure of entire airport over the incident.