Trump is still raking in the cash from many gullible supporters who buy into his scam: legal expert 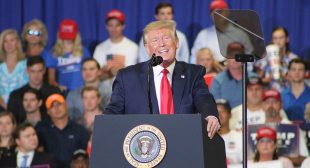 Although former President Donald Trump has been gone from the White House since January 20, his diehard supporters remain true believers — and many of them are still sending him money. Richard W. Painter, who served as chief White House ethics lawyer under President George W. Bush, laments how gullible those voters are in an op-ed published by MSNBC’s website on April 9.

Painter notes recent reporting by the New York Times’ Shane Goldmacher that describes the Trump campaign’s unethical fundraising tactics. Voters who agreed to make single donations were slammed with recurring billing that they didn’t know they were signing up for.