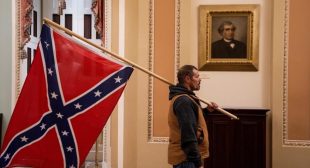 President Trump has talked in recent days with associates about forming a new political party, according to people familiar with the matter, an effort to exert continued influence after he leaves the White House.

Mr. Trump discussed the matter with several aides and other people close to him last week, the people said. The president said he would want to call the new party the “Patriot Party,” the people said.