Top Trump Pollster: No Question Bernie Sanders Would Have Won 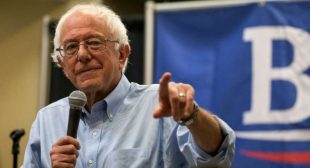 At a Harvard University Institute of Politics event on Monday, Tony Fabrizio—the chief pollster of Donald Trump’s 2016 presidential campaign—argued there is “no question” that Sen. Bernie Sanders (I-Vt.) would have defeated Trump in the general election had he emerged victorious from the Democratic primary.

“I think Sanders beats Trump,” Fabrizio concluded. “I think Sanders would have had the ability to reach a lot of the less than college-educated, low-income white voters.”