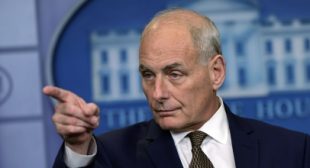 Earlier this month, The Intercept published a cache of internal emails exchanged between Immigration and Customs Enforcement officials in Texas in February, while the first mass raids of the Trump administration were underway.

The redacted emails, obtained through a Freedom of Information Act request by students at Vanderbilt University Law School, show that while hundreds of undocumented immigrants were rounded up across the country, DHS officials tried — and largely failed — to engineer a narrative that would substantiate the administration’s claims that the raids were motivated by public safety concerns. In the emails, local ICE officials are ordered to come up with “three egregious cases” of apprehended criminals to highlight to the media.