The Useful Idiots of the Corporate Elite 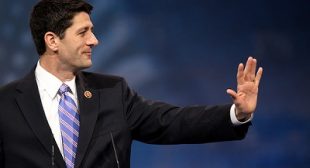 There are a whole lot of useful idiots in America.

Yesterday, a caller called into my radio show, and echoed Congressman Paul Ryan’s recent comments, blaming the black community for poverty in America.

He threw out a Fox So-Called News phony statistic, arguing that “73 percent of African-American women in this country ages 17-35 have children without a man in the house, and the majority of this group of people live in the cities.”

First of all, that is completely false.

According to the most recent government statistics, 72 percent of black babies are born to unmarried mothers today.

But that is completely different from saying that “73 percent of African-American women in this country have children without a man in the house.”

It’s a perfect demonstration of the old saying, often attributed to Mark Twain, that, “Figures don’t lie, but liars can figure.”