The shocking new evidence of the GOP conspiracy against the U.S. 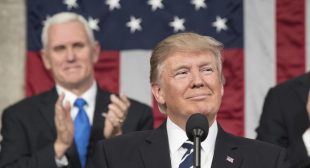 Pence would have declared Trump the winner with more Electoral College votes after the seven states were thrown out, at 232 votes to 222. Anticipating “howls” from Democrats protesting the overturning of the election, the memo proposes, Pence would instead say that no candidate had reached 270 votes in the Electoral College.