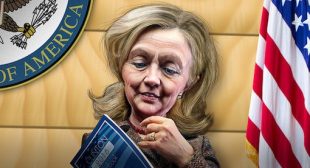 Trump was the perfect wrong play, wrong director, wrong cast. And he won. Springtime for Hitler is a hit. But something happened during the last month of this election. I suspect Clinton had it won after the first debate. So, how and why did the DNC clutch defeat from the jaws of victory? The answer is more complex than one can fully evaluate and dissect this soon, but one clear element is that much of that corporate wealth that owns America turned, finally, on Clinton.