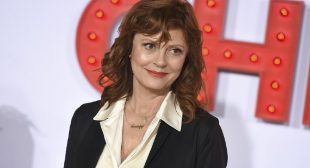 “I did think she was very, very dangerous,” Sarandon told the Guardian, who refused to shift allegiances to Clinton after stumping for Sen. Bernie Sanders, I-Vt. during the Democratic primary. “We would still be fracking, we would be at war [if she was president]. It wouldn’t be much smoother. Look what happened under Obama that we didn’t notice.”