Obama administration censoring records more than ever before 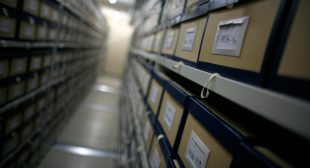 Despite promising he’d preside over the most transparent administration in United States history, President Barack Obama’s White House is setting new records with regards to not releasing government documents.

Never mind Obama’s assurances on the campaign trail and the vow he made in 2009 about being “committed to creating an unprecedented level of openness in government.” Journalists at the Associated Press say that their research indicates that the US government has withheld more information from ever under the authority of Pres. Obama.