Israeli Youth: ‘We Refuse to Serve in the Occupation Army’ 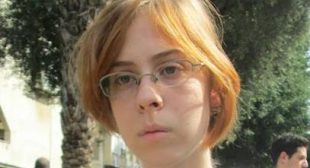 “If necessary, I will go to jail.”

Those are the words of 17-year-old Dafna Rothstein Landman, one of 60 and counting Israeli youth who signed an open letter sent to Israeli Prime Minister Benjamin Netanyahu over the weekend declaring their refusal of compulsory service in the Israeli military — the biggest wave of conscientious objection the country has seen since 2008.