Inside Hillary Clinton’s Secret Takeover of the DNC 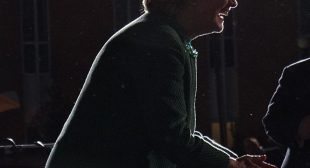 I would get to the bottom of whether Hillary Clinton’s team had rigged the nomination process, as a cache of emails stolen by Russian hackers and posted online had suggested. I’d had my suspicions from the moment I walked in the door of the DNC a month or so earlier, based on the leaked emails. But who knew if some of them might have been forged? I needed to have solid proof, and so did Bernie. So I followed the money…By September 7…I had found my proof and it broke my heart…The [Clinton] campaign had the DNC on life support, giving it money every month to meet its basic expenses, while the campaign was using the party as a fund-raising clearing house. Under FEC law, an individual can contribute a maximum of $2,700 directly to a presidential campaign. But the limits are much higher for contributions to state parties and a party’s national committee.

Individuals who had maxed out their $2,700 contribution limit to the campaign could write an additional check for $353,400 to the Hillary Victory Fund—that figure represented $10,000 to each of the thirty-two states’ parties who were part of the Victory Fund agreement—$320,000—and $33,400 to the DNC. The money would be deposited in the states first, and transferred to the DNC shortly after that. Money in the battleground states usually stayed in that state, but all the other states funneled that money directly to the DNC, which quickly transferred the money to Brooklyn. “Wait,” I said. “That victory fund was supposed to be for whoever was the nominee, and the state party races. You’re telling me that Hillary has been controlling it since before she got the nomination?” Gary said the campaign had to do it or the party would collapse.