If Biden Wants to “Stand With the Cuban People,” He Can Ease the Cruel Blockade 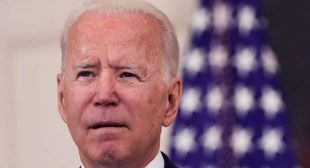 The corporate media have been bashing the Cuban government in response to the recent protests in Cuba, while President Joe Biden claims, “We stand with the Cuban people.” But they ignore or minimize the leading cause of economic suffering in Cuba: the U.S.’s illegal and punishing economic blockade that Biden has left in place.

Every U.S. president since Dwight D. Eisenhower has maintained the blockade against Cuba. Although former President Barack Obama was constrained by the 1996 Helms-Burton Act from completely lifting the blockade — which is now exclusively within the power of Congress — he took several steps to ease its effects on the Cuban people.