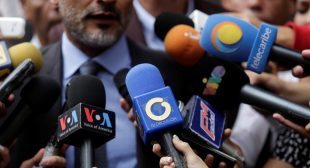 The US Department of Homeland Security is looking to build a media monitoring database. When some reporters objected, a DHS spokesman dismissed their concerns as fodder for “black helicopter conspiracy theorists.”

Service providers who want to bid for the program have until April 13 to submit a capabilities statement, according to the notice posted on the federal contractor website by the National Protection and Programs Directorate (NPPD), a division of DHS charged with protecting the “physical and cyber infrastructure.”

This has led Michelle Fabio of Forbes to wonder if the DHS is trying to use the cries of “Russian meddling” to justify creating a database of journalists and social media influencers. When the Committee to Protect Journalists retweeted Fabio’s article, DHS spokesman Tyler Houlton chimed in to say the database is “nothing more than the standard practice of monitoring current events in the media.”