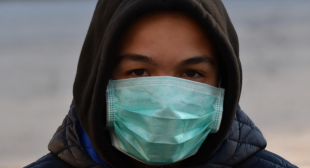 A teacher in California was attacked by a parent over masks. The same thing is playing out in schools across the country. A man was stabbed and a reporter assaulted in Los Angeles during a vaccine protest. An Iowa man was sentenced to a decade in prison over a mask fight. Medical workers are facing more violence and threats of violence. Same thing for flight attendants. (Airlines are now refusing to serve booze, because first-class passengers so often get belligerent.) Elected office holders are receiving record numbers of death threats. A woman attacked a laundry worker in New York City over a request to wear a mask. Employees everywhere are being assaulted for doing their jobs.