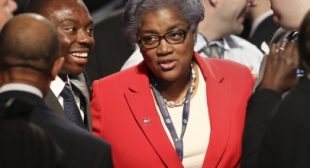 Just in the last week alone, there have been four major factually false claims that have gone viral because journalists on Twitter endorsed and spread them: three about the controversy involving Donna Brazile and the DNC, and one about documents and emails published by WikiLeaks during the 2016 campaign. It’s well worth examining them, both to document what the actual truth is as well as to understand how often and easily this online journalistic misleading occurs.