Angry, despondent, and powerless: New report reveals how loyal Trump voters are coping with his loss 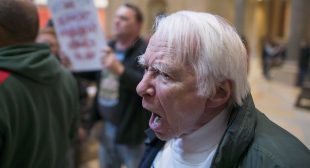 In a March 26 report, Democracy Corps explained, “We conducted focus groups in March with Trump loyalists in Georgia and Wisconsin and Trump-aligned, non-Trump conservatives and moderates in suburban and rural Georgia, Ohio and Wisconsin. It took a long time to recruit these groups because Trump voters seemed particularly distrustful of outsiders right now, wary of being victimized, and avoided revealing their true position until in a Zoom room with all Trump voters — then, they let it all out.”

Democracy Corps found that “the Trump loyalists and Trump-aligned were angry, but also, despondent, feeling powerless and uncertain they will become more involved in politics…. The Trump loyalists and the Trump-aligned are animated about government taking away their freedom and a cancel culture that leaves no place for White Americans and the fear they’re losing ‘their’ country to non-Whites.”