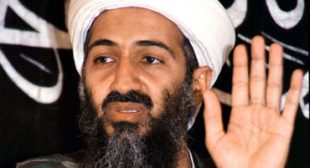 Classified data about the raid that killed Osama bin Laden may have been leaked to Hollywood. The CIA and Pentagon are accused of dangerously tight involvement with the writers of a movie, denounced as pre-election Obama propaganda.